EXIM Hungary organised another edition of the Three Seas Initiative Investment Fund Conference. This was the seventh meeting – after Bucharest, Warsaw, Riga, Sofia, Ljubljana and Tallin – during which participants talked about the Three Seas Fund – its role, areas of activity and how it can respond to the needs of European Union countries located between the Baltic, Adriatic and Black Seas.

The aims of the Three Seas Fund are to intensify  the economical relationship between the countries of Central and Eastern Europe (“CEE”), to realise the cross-border projects, and the development of digital infrastructure, transport and energy sector.

In February 2021 the Fund concluded its first closing period with a combined capital commitment of €913 million arriving from Bulgaria, Croatia, Estonia, Hungary, Latvia, Lithuania, Poland, Romania and Slovenia. Other countries in the region, as well as public and private institutional investors from several geographies, are in the process of joining the Fund.

Three Seas Fund representatives held a virtual meeting on 28 May, with Hungarian businesses and local administration, organised by EXIM Hungary. The event was attended by delegates from all Three Seas Countries.

“Bank Gospodarstwa Krajowego (BGK) is the initiator and the biggest investor to the Fund, with €750 million committed. Events like the one in Budapest are a great opportunity to highlight the importance of the Three Seas Initiative Investment Fund for the development of the regional infrastructure and the post-pandemic economic recovery of the region” – said Beata Daszyńska-Muzyczka, chairperson of the Supervisory Board of the Three Seas Fund and President of BGK, the Polish development bank.

“EXIM Hungary emphasised the Fund’s unique position in addressing infrastructure gaps within the region by providing equity financing to companies active in transport, energy and digital infrastructure. The fact that state-owned financial institutions are committed allows for the Fund to make investments that span several countries in the Three Seas countries. This, combined with the knowledge and innovation coming from the private sector with respect to project selection and co-investment, will be crucial for realising successful, sustainable and economically viable projects” – said Gergely Jákli, CEO and Chairman of the Board of Directors az EXIM Hungary in his opening speech.

During the conference Amber Infrastructure, as the Fund’s investment adviser, gave attendees an overview on the Fund’s project selection and investment decision process.

The online event was concluded by Ernst & Young Hungary’s brief introduction of several potential infrastructure investment opportunities in the region.

Since it’s establishment in 2020 the Fund has made three investments, one in a locomotive leasing business based in Poland, one in an Estonian data centre platform and, having concluded its most recent transaction earlier this week with, in a renewable energy developer with solar generation assets in Bulgaria, the Czech Republic and Slovakia.

The Three Seas Fund conference series will continue to be held in 2021 in other capitals of the countries of the region. 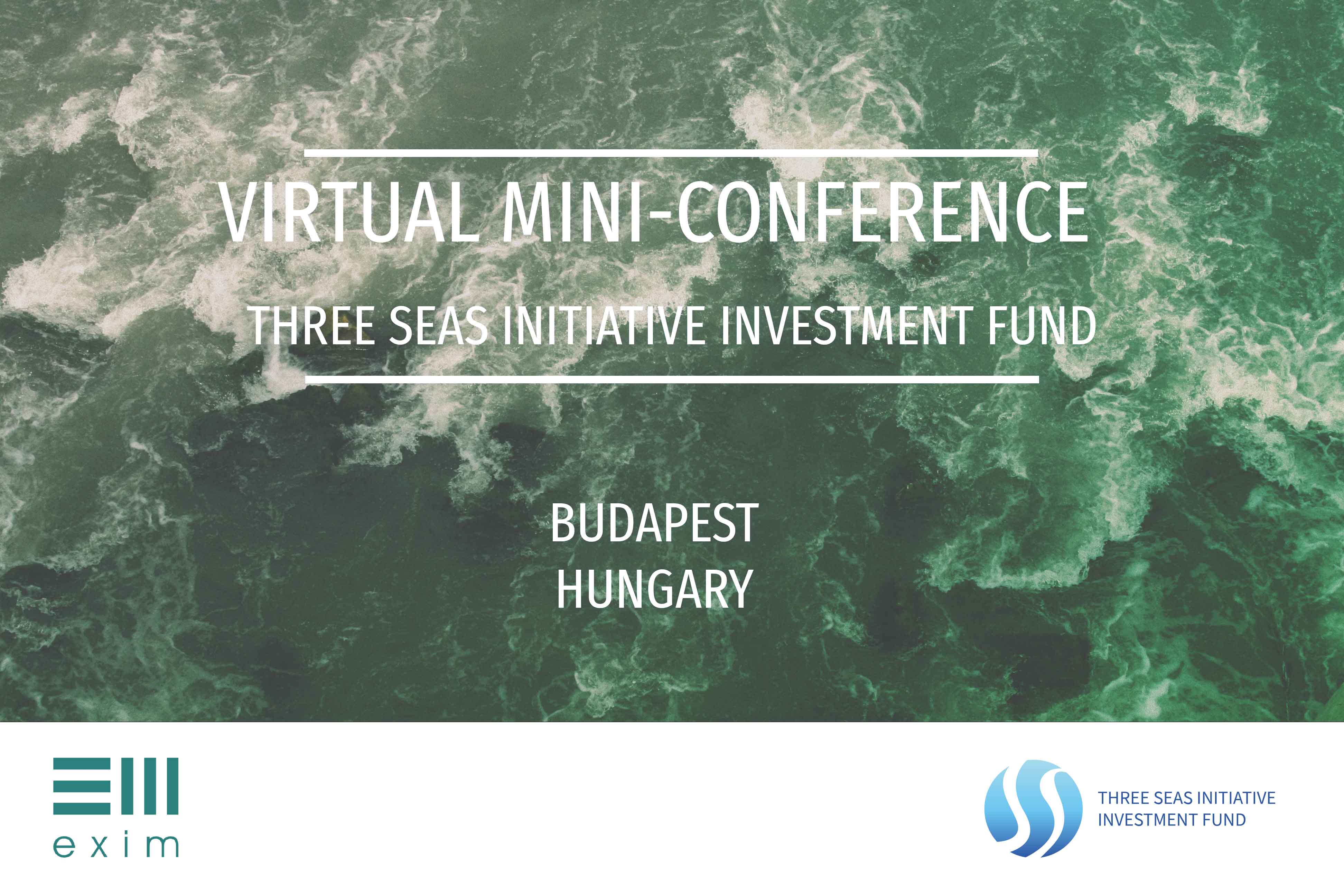